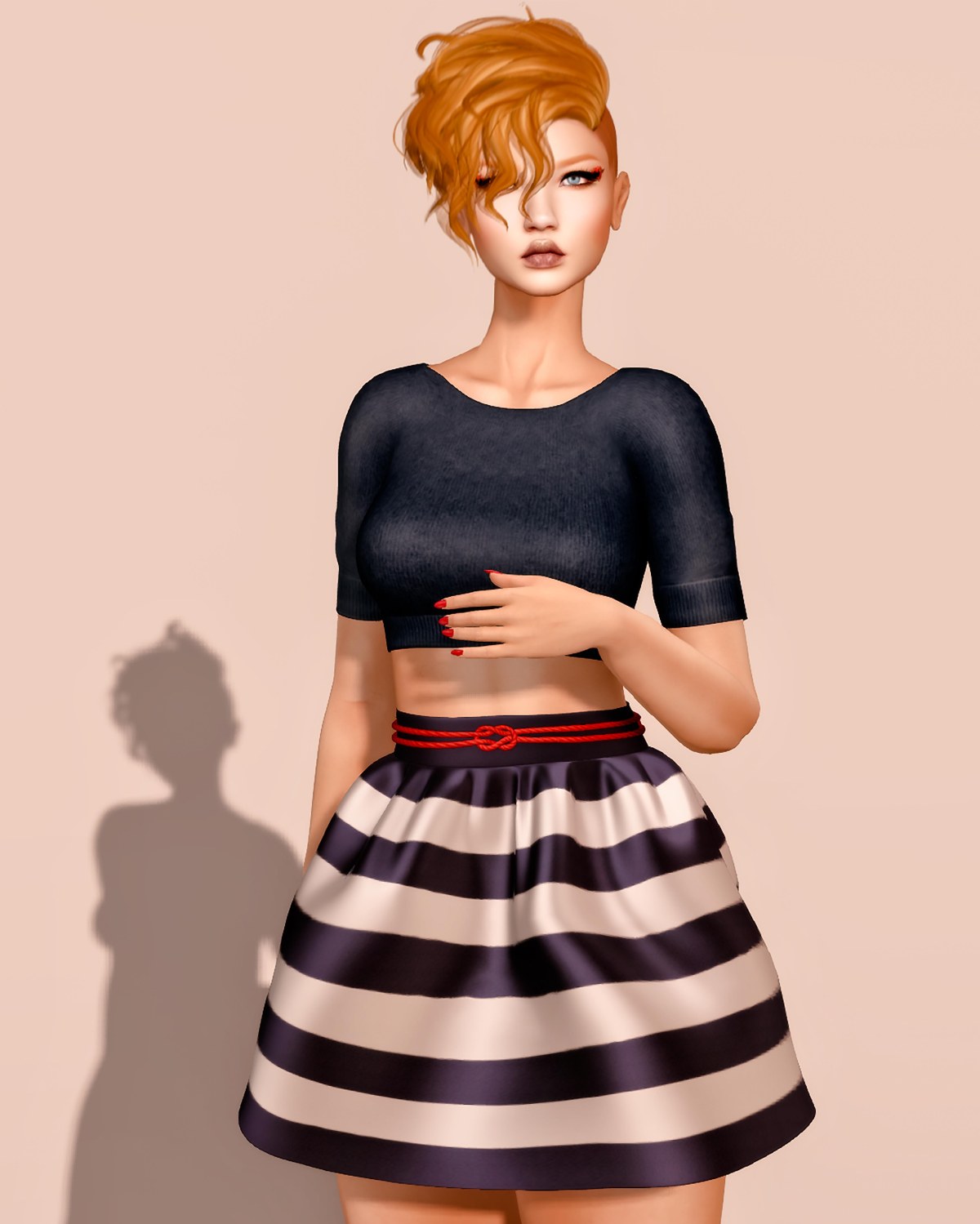 Sorry if I look a bit high and mighty in this pic – it’s just the way it came out.  I’m sure it’s not the fault of the lovely items I’m showing of, such as the three that will soon be available at the new eBENTO event which starts on Monday.  There’s the cute eyeliner from SlackGirl, the glittery lipstick from JUMO, and the striking Bento pose from PosESioN.  Visit eBENTO if you can!

I found another post-apocalyptic photo location!!  This one’s called San Mora and it’s just perfect for these uncertain days when just reaching the end of the week without some lunatic dropping a bomb seems an achievement.  To balance the location, I needed something totally cute and innocent.  What better than this new outfit from Dead Dollz, now available at Uber? I love snow!  And these days in the UK we hardly ever get any snow at all apart from on the highest hills.  It’s second best I know, but at least I can go to Winter Trace and get that snow feeling, dressed in my gorgeous white bridal gown from Dead Dollz and luscious hair-do from D!va.  I can feel the goosebumps!

It’s teeth-chatteringly cold here at Winter Trace, not unlike the outlook in America at the moment.  A few things from the new C88 to show you – a colourful ethnic inspired necklace from the jewellery arm of Glam Affair and a smooth number from the skin arm, along with an unruly but delightful new hair from D!va.  If the rest of the stuff there is as good as this, it’s going to be a good round!

This dress really brightened an otherwise gloomy day yesterday.  It’s a bit pricey, but for your money you effectively get three outfits in one, a sleek bodysuit, a sheer see-through lace gown which can be worn with (or without if you’re feeling especially daring) the bodysuit, and a conventional bridal gown that looks just exquisite.  The boots from the YS&YS Akira gacha look perfect through it.

END_OF_DOCUMENT_TOKEN_TO_BE_REPLACED